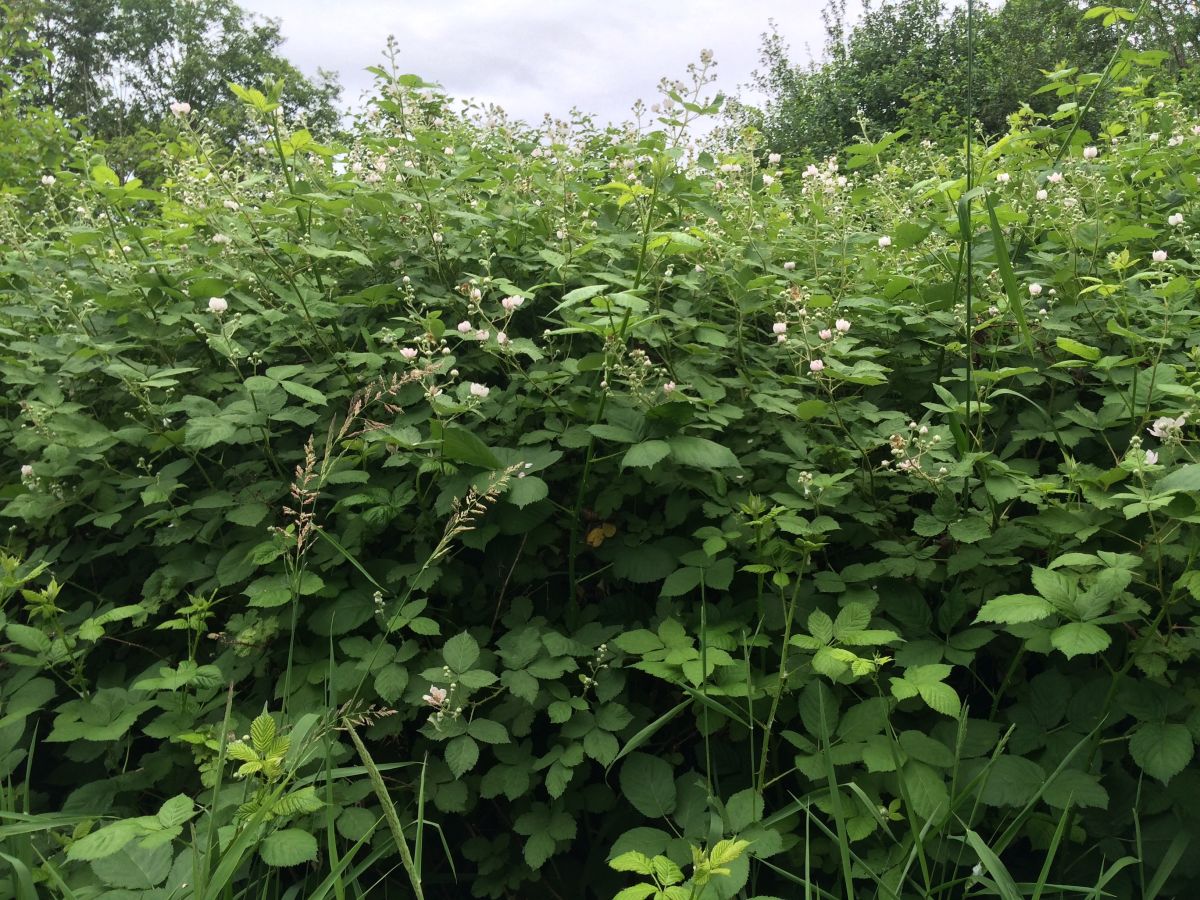 Bird species that may use Himalayan blackberry for nesting habitat:(2)

Bird species that eat berries as a substantial component of their diet:

Prior to large-scale Himalayan blackberry clearing, look for nests or evidence of nesting (i.e., presence of birds in breeding habitat through observation of singing birds, alarm calls, distraction displays) in the area using non-intrusive search methods to prevent disturbance to migratory birds. The following methods can be used to detect nests:

When a nest is detected, it should be protected with a buffer zone where vegetation will remain in place until birds have fledged. The setback range for most songbirds and other small birds is 1-5m up to 10-50m or more.1 The recommended setback will depend on the circumstances.

Larger setbacks should be incorporated for activities which cause greater disturbance – such as machine-removal of vegetation, drilling, loud noise, vibration, or regular approach by humans or vehicles.

Birds will develop a tolerance to certain types of disturbance, particularly when they are nesting in developed areas that are subject to frequent minor disturbance (i.e., people and dogs walking by). Birds will also be more tolerant of disturbance when their nest is hidden or in forest/bush habitat (such as Himalayan blackberry). In these instances a buffer zone of a few meters will likely be sufficient to reduce the risk of disturbing a nesting bird.

Two measurements of disturbance distance can be used to determine setback distances(1):

The point at which birds exhibit either alert or flushing behaviour is a good indication of their threshold for disturbance, and should be used to determine an appropriate buffer zone or setback distance for Himalayan blackberry removal.

The following species are recommended as they will provide berries and fruits into the winter months for birds(2): 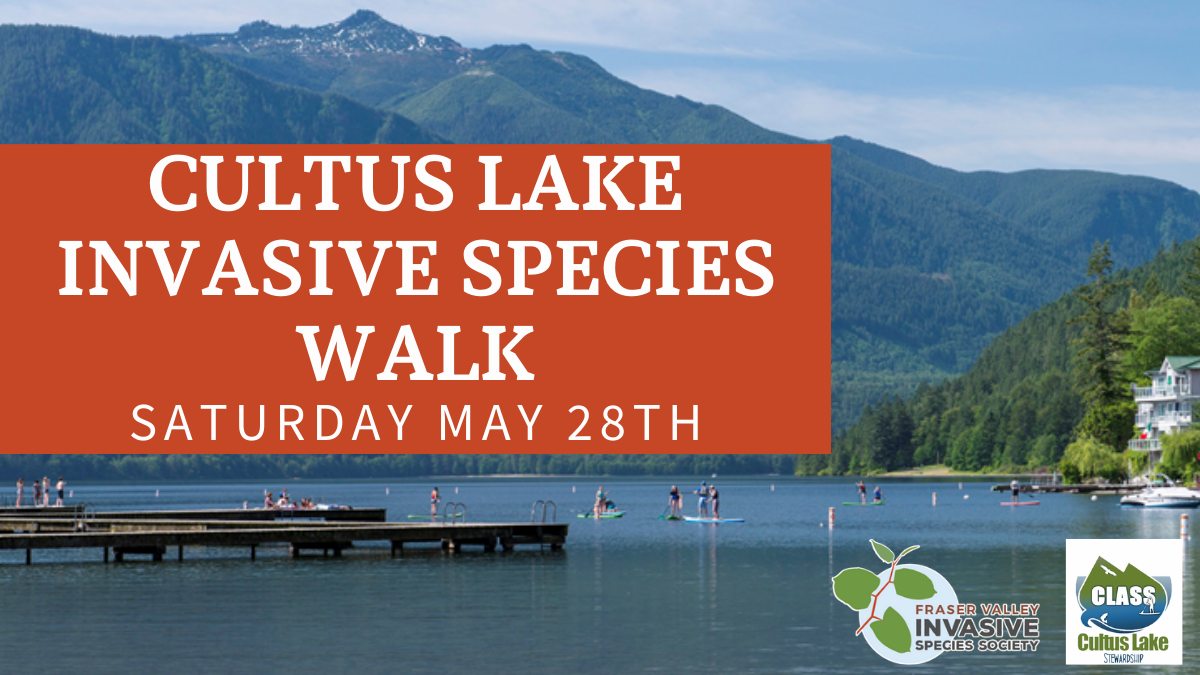 May is Invasive Species Action Month! On Saturday, May 28th, join us and the Cultus Lake Stewards on a walk to learn about aquatic and terrestrial invasive species! 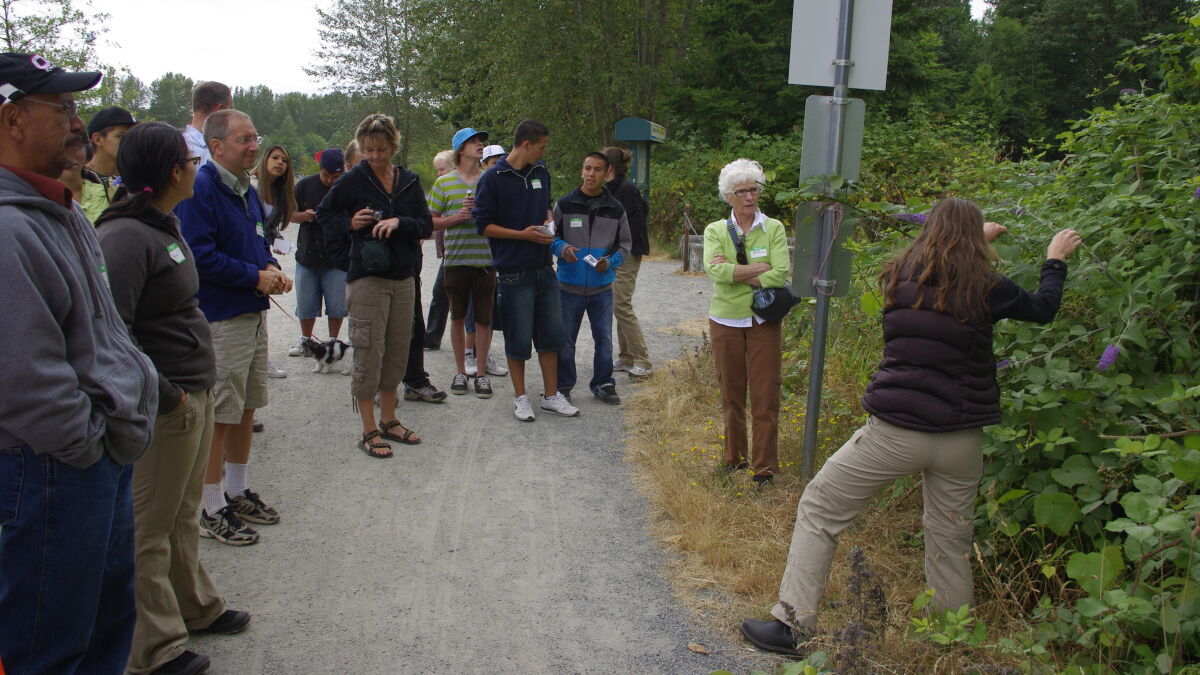